Catalytic Fines are small particles of used calysators after the cracking process.

Catalytic Fines can cause a lot of damage. Therefor it is important to keep them at a minimum in the oil

For quick indication, CMT offers a low-priced option with a simple go / no go system.

In general, marine diesel engines burn residual fuel oils. Some may contain higher levels of contaminants, such as water and abrasive solids, than others. To achieve reliable and cost-effective operation it is necessary to clean all residual fuel oils before injection into the engines.

The leading cleaning method used on board ships today is centrifugal separation. According to ISO 8217 the maximum allowable content of catalytic fines is 60 ppm. Engine builders anticipate that this will be reduced by the fuel cleaning system to a maximum of 10 - 15 ppm.

Catalytic fines, primarily chemical aluminium and silicon compounds, are catalysts, which are used to optimize the cracking process in the refineries for the production of petrol and other fuels.
They are very hard and capable of severely scratching, if not cutting, metal. All catalytic fines, that remain in the fuel oil after centrifugal separation have the potential to cause abrasive wear and damage to the engine.

Although the amount of Cat Fines in the bunkered fuel is normally known from the documentation provided by the supplier, the Cat Fines content before the fuel oil separators and consequently before entering the engine is usually unknown.

Due to accumulation of Cat Fines in storage- or day tanks over time the concentration of Cat Fines before separators and consequently before the engines may deviate significantly from the demanded value, especially during rough sea passages.

To measure the actual and current Cat Fines concentration in the fuel on board with a reasonable degree of accuracy has not been possible so far. With the new Electronic Cat Fines II SM Test Kit you are capable of determining the concentration of catalytic fines in fuel. The affordable test is easy to perform and the device displays directly the measured values in “ppm” with high accuracy.

The device can be used for various measurements such as :

Thus malfunctions as well as wear of the engine can be controlled.

The new Econ Cat Fines Test Kit has been specifically designed to provide the crew with a clear sail or don’t sail indication with regards to fuel quality.

The Econ Cat Fines Test can indicate HFO samples that are contaminated with dangerous levels of cat fines even before the fuel has even been pumped aboard. The test can be completed within a few minutes, is cost effective and is simple to perform. 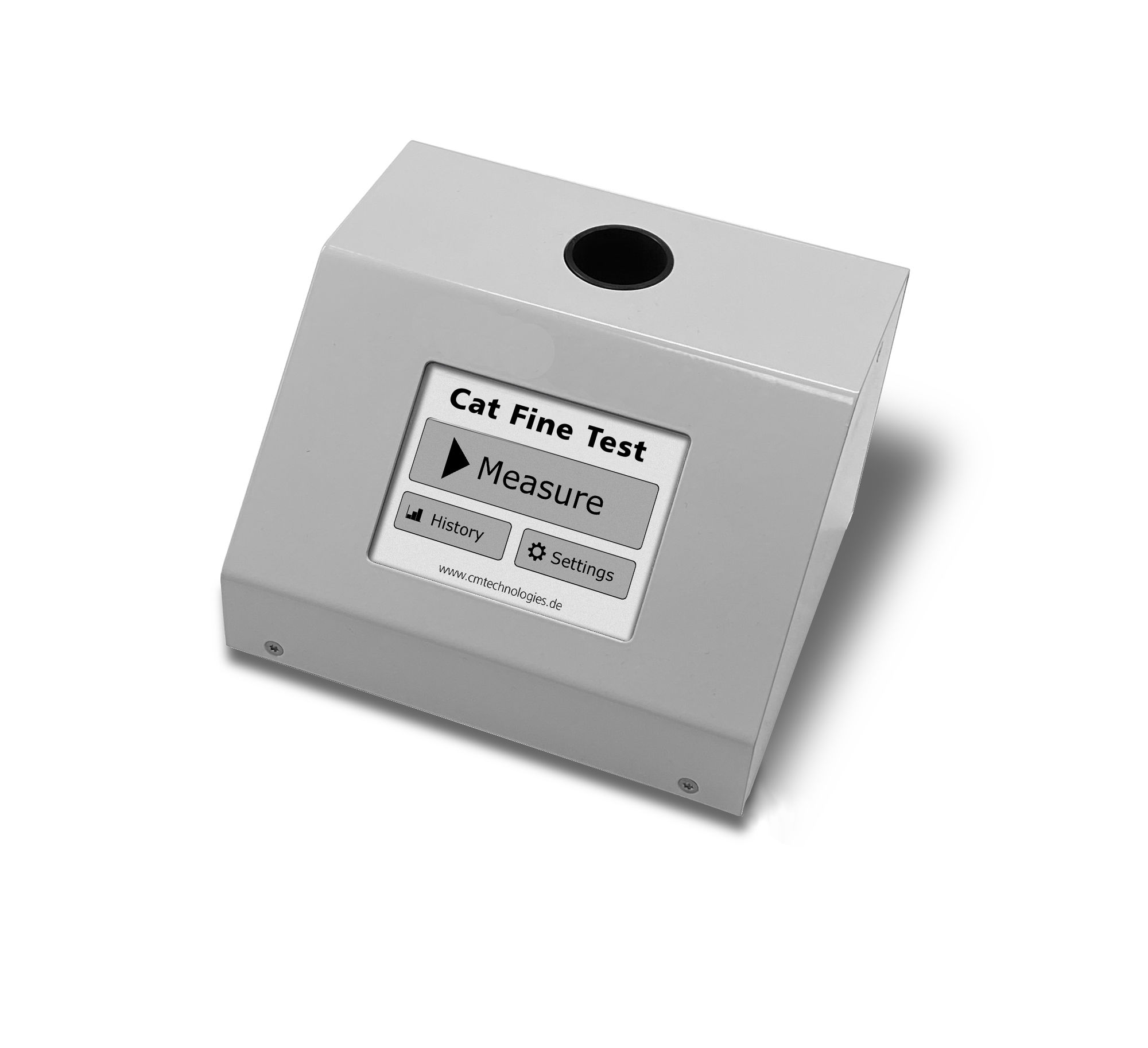 Laboratory results show that the new test is capable of identifying those fuel samples that have a cat fines concentration of > 60 ppm (Al + Si), and which therefore exceed the limit recommended by ISO 8217:2012.

If you have any further questions about our condition monitoring products please do not hesitate to contact us or have a look into our catalogue.